I'm happy to see that Marie Sexton has revived her 'Saturday Snark' blog hop.
It's a chance to post some snark and read other offerings from other writers.

This week's excerpt isn't so much snark as it is an out and out political argument from  my work in progress, the new second book in the Endersley series.

The scene involves the narrator, Nikolai Denisov, a doctor from a bourgeois Russian family who decided to run a small practice in the Vyborg District of Petrograd, and Alexi Sholokov, a Bolshevik in the making. As you know, nothing good can come of talking politics. 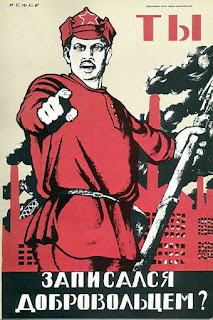 Sholokov sat back. Resentment bristled around him. It was like sharing the kitchen with an angry dog. “You’re only doing it to salve your conscience. You’re doing this so you can feel good about yourself. To tell your God that you’ve done your bit to get into heaven.”

“Oh, for the love of… That’s the most ridiculous thing I’ve ever heard. Don’t you get it, Sholokov? I love these people. They mean more to me than any of my parents’ friends ever did. I don’t think they deserve to be left to rot in these tenements any more than you do. But instead of talking and writing screeds that no one will ever read, I rolled up my sleeves and did something. I’ve put my money where my mouth is and I’m doing my small bit to help, my small realistic bit.”

“Fine, you keep telling yourself that. You never be one of us. You can try as hard as you like to ‘lower yourself’ and live amongst us, but you were born in a different world and you’ll never be part of ours.”

“So much for all of us being equal eh? You’ve just made a liar of yourself. Your intolerance of my background is no different than my alleged intolerance of yours. What happens when this ‘People’s Government’ comes to power? Do the undesirable classes get purged? Do you do the same to us that we’re supposed to have done to you? You’re not making much sense and you’re not doing a very good job of convincing me that your workers’ paradise is going to do this country any good.”

He pushed the chair back and stood up. “I can see that we’re not going to agree on this.”

“I’ll go to my grave knowing that I’ve done the best that I can with the advantage my birth gave me. I could’ve easily left with my parents. I have a big house with acres and acres of land that will be mine. I’ve never even seen it. I have no desire to see it. It’s not my home and I am not one for sitting idle, living off the backs of others. That is why I’m here.” I jabbed at my chest, lost in a righteous fury. Knowing that I was the one who was right.”

“Think what you will.” He strode toward the hallway. “We will win. This country will be ours.”

“I suppose that means I’ll have to leave, if that happens. I won’t rush to pack my bags just yet.”

“Spare me the sarcasm, doctor.” Sholokov’s eyes were dark. His chest rose and fell with the deep breath he took and his fingers were white where he clutched the door frame. “Excuse me.” He retreated to his room, sealing the end of the discussion with a loud slam.

I took a bowl from the cupboard and helped myself to some shchi from the pot. Not sure whether I’d intended that silent ‘idiot’ for him or me.

Don't forget to check out more snark HERE
Posted by sue laybourn at 5:48 AM 3 comments: Links to this post

Would you like a little slice of real life with your Romance?


I wrote a book. It's called Mourning Jack.

My original intention was for Ade, the narrator to end up with Cal, the man that his dead best friend, Jack,  had asked him to look after, if he was killed in Afghanistan. The story didn't end that way. Sorry. I tried to write Cal back into Ade's life but it just didn't work. The story lost its soul and its spark. I came up with another idea. The story has the All Important Happy Ending but, apparently, it's not the happy ending that some people expect.

There is a rule, it seems, that Character A must have the All Important Happy Ending with Character B. Sorry, but no. Life doesn't always work out like that. I'm an author, I've been kicking around on this old planet for quite a while. I've experienced some horrible lows and some amazing highs and everything in between. I've experienced life. So, when I write my stories, I try to make sure that they reflect real life and real people as much as possible.

Sometimes you meet someone, you fall in love and you think that you'll spend the rest of your life with them, in a little rose-covered cottage in some wonderful, bucolic hideaway. Yes, it happens but, there are plenty of times when it doesn't. That first flush of shag-each-other-senseless passion fades and you may wake up one morning and realise that it ain't gonna work. The person you love doesn't really love you in the way you need or want to be loved. So, you take a deep breath, take that leap in the dark and move on. You find someone that you can spend the rest of your life with. So, instead of Character A sticking with Character B, Character A falls in love with Character C and gets their All Important Happy Ending. 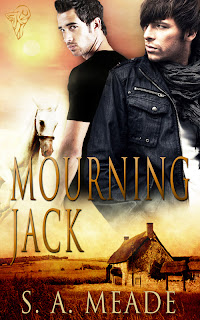 All right, so Character B is at a bit of a loose end, but it happens. Life happens.

So, Gentle Reader, take that leap in the dark and read something that gives you a glimpse of real life. Who knows? You might like it.
Posted by sue laybourn at 10:48 AM 2 comments: Links to this post