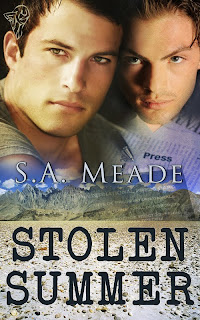 So... there I was checking my Yahoo email account and what do I see but an e-mail from the good people at Total E-Bound entitled 'Stolen Summer - Cover Art'
With shaking fingers I click on 'download' and here is the prize.
I absolutely love it. It's perfect. I want to marry it and have its babies.
Lyn Taylor is the artist who created this. I can't thank her enough.
Here's the full size:

Posted by sue laybourn at 5:43 AM 6 comments: Links to this post

So, time to wake this puppy up again. 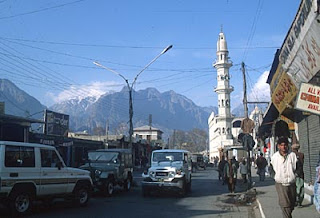 I've been woefully neglectful of this blog of late. Real life has a habit of getting in the way as some of my previous posts have shown. Now that things are happening on the writing front it's time to sweep out the cobwebs, evict the spiders and start posting again.
For starters, I have a book coming out.
Yup, it's absolutely true.
When I started writing seriously in July of 2008 I had visions of being snapped up by a agent, getting a nice little three book deal and writing my way out of my previous job. Of course that hasn't happened...yet.
It was always my intention to write historical fiction and I still do. But, in January of 2010 I responded to a challenge thread on the Absolute Write forum. The challenge was to write an erotic scene in a point of view that was the complete opposite to the one I always used, which in my case is third person close from a woman's point of view. I wrote the scene from a man's point of view in first person. It was a very naughty scene with an unfeasible amount of sex. I had great fun writing it and my fellow forum members thought that, by and large, it worked.
Evan and Colin, the two characters in the scene, wouldn't leave me alone. They kept tugging my sleeve and whispering in my ears. I had to tell their story. I cobbled together a plot on a flight from Phoenix to LA and I started the first chapter in a Santa Monica hotel room. Four weeks later I had a finished first draft. I remember joking to my Dad... "You watch, I bet this is the book that gets published."
I sent it to two wonderful betas, received some honest feedback, made some repairs and sent it away to another beta reader. More feedback ensued, more changes. Then Real Life got in the way, I lost my job and moved back to the UK. My writing brain was all over the place. You'd think that being unemployed for months would give me an ideal chance to write. I don't work like that. I need stability in my life to be able to write.
Once things were more settled I took it in my head to send Stolen Summer to an e-pub. I started with a big U.S. based one. I made my submission, received a request for the full manuscript, sent it and waited. A week or so later, the editor responded and said that, while the story had promise, there were some things that could be improved. If I revised it they would consider my resubmission. I made the changes, they all made sense and I had two more beta readers hold my hand through the process. Back went the Shiny New Improved manuscript and back came the rejection.
To be honest, it didn't hurt. I'd come close and in the end it had come down to an editor's personal preference. She didn't connect with the main character and that's fair enough - it happens. It made me realize that Stolen Summer is very 'English'. So I squared my shoulders and submitted it to Total E-Bound, a British publisher. A request for the full followed about an hour and a half after the editor emailed me to ask where the attached chapters and synopsis were (for some reason they fell off the original email somewhere in cyberspace). Four days later the editor emailed me back with an offer to buy Stolen Summer.
So, there you have it. I've signed the contract and I'm waiting for Rebecca, my editor, to get back to me with edits. I've filled in the forms and said what kind of cover I'd like and I've been given a release date:
29th August.
I'm still pinching myself. My filthy little thousand-word scene has turned into a proper novel with a great plot and two very real characters. I love Evan and Colin. I hope, when you read Stolen Summer, that you'll fall in love with them too.
So...watch this space. I'll keep y'all posted. If you want to know what the picture at the top of this post is all about you'll have to read the book. :D
Posted by sue laybourn at 12:46 AM 11 comments: Links to this post